I don't think I ever got around to blogging about one of the coolest events of my life (because I was being a terrible blogger at that point). Anyway, I'll try to cath you up now. A year ago, I got to watch this little guy be born. His Mom and Dad were awesome enough to allow me to be in the delivery room. It. Was. Fascinating! That's honestly the best word I can use to describe it. If they would've let me, I would've pulled him out myself. When I was up beside my best friend rubbing her head and trying to be somewhat supportive, it was super hard to watch her be in so much pain, but when the baby got stuck and Daddy came to stand beside her and be her support, I wasn't sure exactly where to stand. Well, I ended up having a front row seat to watching his entry into the world. I'll be honest ... I kinda forgot that I was watching my BFF go through this. I was so enthralled by what was going on that I just took it all in ... and captured it all on film. I know, some of you are mortified at the thought and don't worry, I won't subject you to any of the pics, but that's what I was told I was asked to be there for ... to take pictures ... and I fulfilled my duty. No, I don't look at Jennie in a different way now. Well, that's not to say that I don't think she's the most courageous, strong, amazing woman. Some people have asked if we look at each other weirdly now that I've seen that side of her. You'll have to ask her how she feels, but I only feel more love for her after I've seen what she's been through. She's awesome and I'm SO glad I got to be a part of it.

Anyway, I can't believe a whole year has gone by already! Seriously, where did this year go?

I got some pics of him yesterday at his party. He doesn't sit still for long! Closer, closer ... let me have that picture taking thingy! 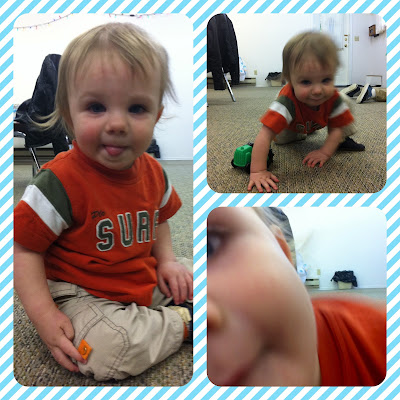 And then it was cake time. 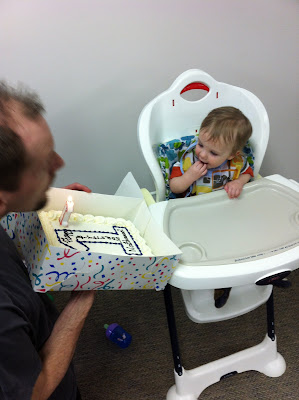 His first time having sweets. 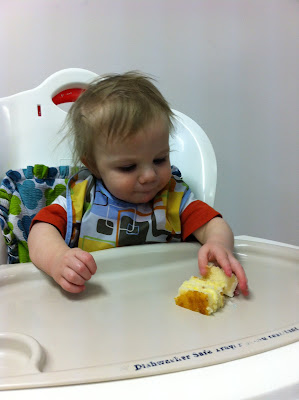 Let me try this spongy thing ... 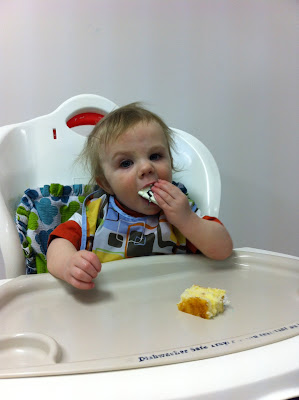 Wow! This is amazing! I need more of this RIGHT NOW! 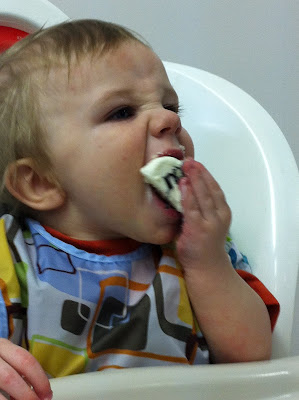 Yup, I'm going in again. I think we have a winner, people! 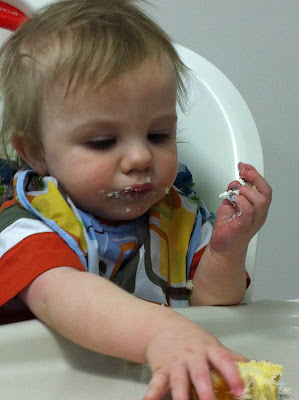 I couldn't resist the cute, little, striped cardigan, sweater and shoes that I saw in the store. I knew they MUST be his! :)

Nathanael, I can't believe that you went from this ... 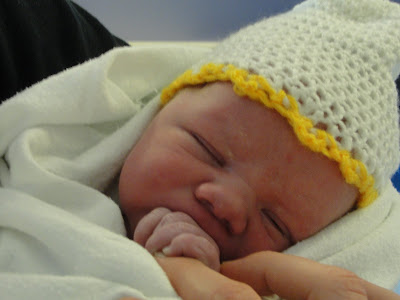 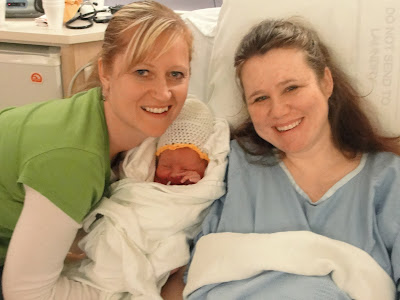 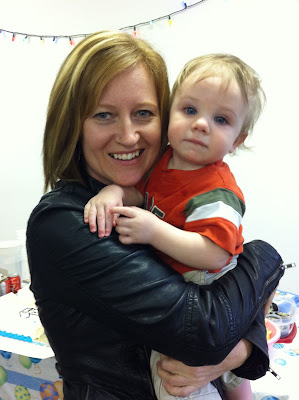 so quickly. Happy birthday and I love you, buddy! 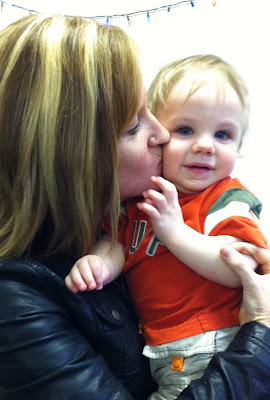