Get On Your Boots - As you can see, there were a couple of cameras in the way for part of the concert. I wasn't too thrilled about that, but what can you do?

I wish I had gotten video of when Bono sang Amazing Grace, but I was too in awe and didn't even think to pull out my camera.

Awesome concert ... although I will admit that I enjoyed the Hawaii concert of 2006 much better. They were touring with my favorite album and the barrier between us and the band wasn't as big, so there was always a possibility that one of them might reach out and slap your hand. At this concert there was no chance of that, so that excitement wasn't there ... but still a great concert.

THE concert of the year!

Anticipation for this day had started back in April ... actually, no, that's not true. It started 4 years ago when their last tour ended! :) We bought our tickets back in April and have managed to somehow make it through these past 7 months. We had Floor Tickets which are General Admission (meaning no assigned seating) so we had to get there early. We didn't want to be on the floor at the back of the stadium (is this sounding reminiscent of the trip I took to Hawaii in 2006 to see them when I slept overnight outside the stadium?), so we lined up early. Now, when I saw early, you think I'm a little crazy, right? Well, let me tell you ... we got there at 7 am the morning of the concert and I was number 163 in line ... which means there were 162 people there AHEAD of us. There were some people who had been there since 8 am THE DAY BEFORE! We also met some people who could tout this as their FOURTEENTH concert of this tour alone. Yes, 14th! Ok, now that we've established that I'm not the craziest U2 fan alive, let's move on, shall we?

Here we are waiting out the day in line. It was quite chilly outside so luckily we had the casino behind us to go warm up in every once in a while ... and of course I tried to win a bit of money in the process. No luck this time. :( Unlike in Hawaii, they allowed us to come and go in line once we had our number. That was VERY nice. Brenda and I took a few walks and even got to go back to our hotel room at one point. The best thing about the day was that it didn't start raining until about 5:00 pm and we were inside by 5:30. Whoo hoo!!! Only 1/2 an hour of rain. 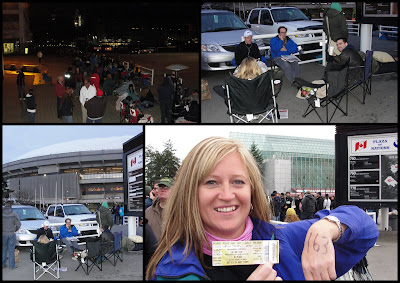 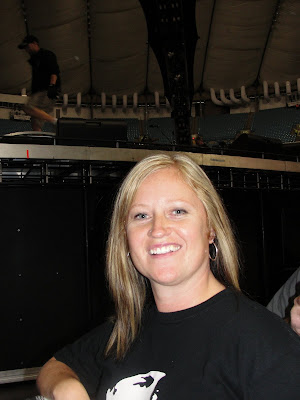 The Black Eyed Peas opened for them and I was looking forward to it. They have a few very fun songs and they were better than I expected. They all looked directly at us at some point. It was really quite fun. I was pretty pleased with the pics I got. 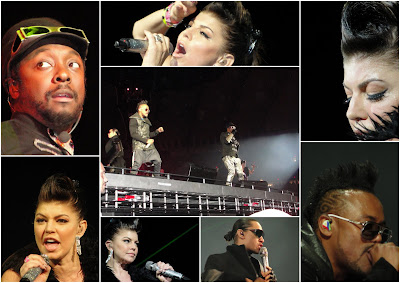 Then it was on to the main act and the real reason we were all there. U2 took the stage and it ... was ... awesome! Here are the boys. 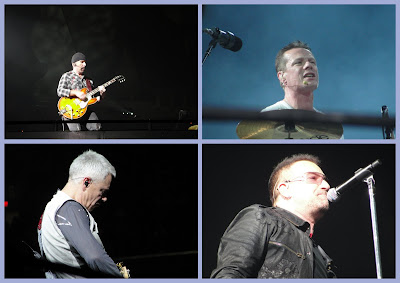 The Edge stood in front of us for most of the concert, so my best shots are of him. LOVE this one. He has such a distinct sound. It's all about him and his guitar. 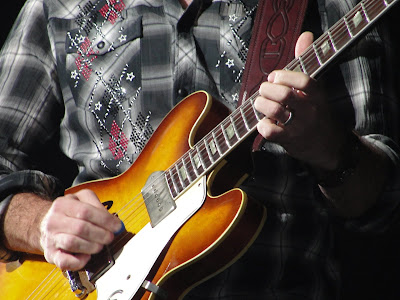 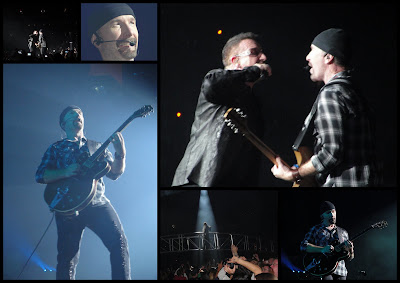 The man, Bono, himself. 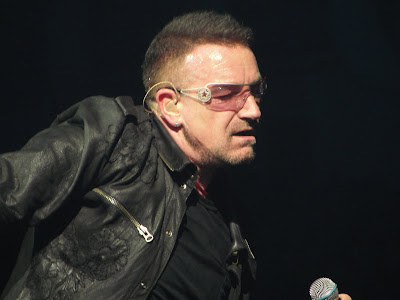 I can hardly believe I'm in a picture with Bono and The Edge. Ok, so it's not exactly like my pic with Michael Buble, but I'm still in the same frame as them! 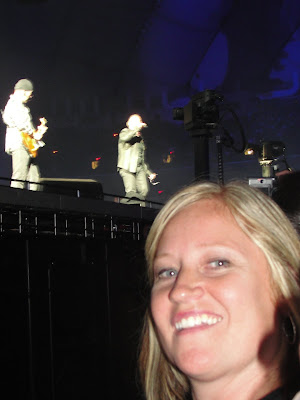 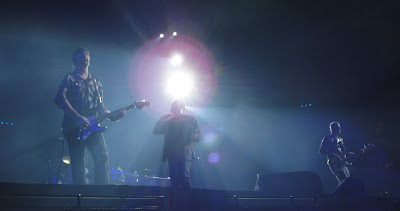 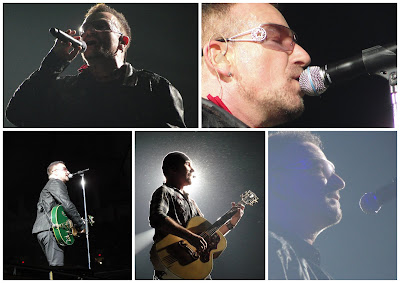 Another one of my favorite shots of the night. 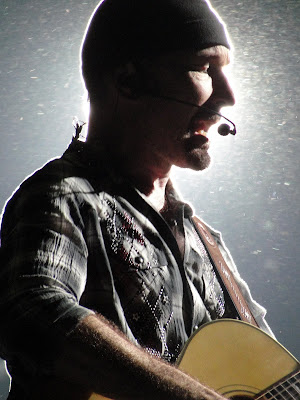 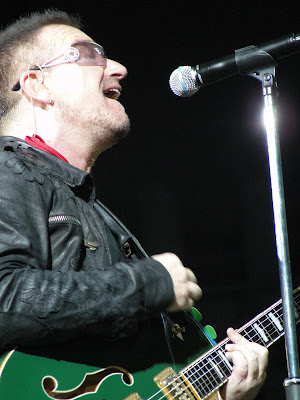 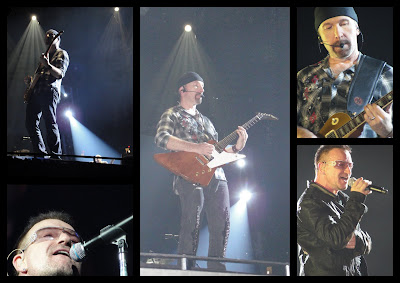 Thanks for another GREAT night, boys! We'll see you in Seattle in June. :)
I'll see if I can add some video in my next post.
Posted by Fiona at 10:00 AM 6 comments:

I forgot to publish this post about Thanksgiving, so although it's a little late, maybe I'll pretend I'm American and then I'd be early! :)

Our friends, Norm and Lori invited us up to their condo in Osoyoos to spend Thanksgiving with them. We had a wonderful time.

We went for a walk one morning and saw the frozen orchards. Although strange, it was really quite beautiful. 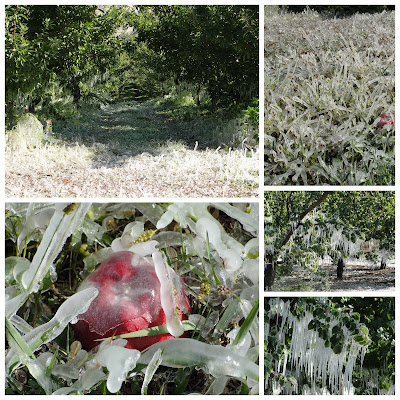 Here they are preparing the turkey. Once it was prepared and marinating, we headed out to one of the nearby vineyards. 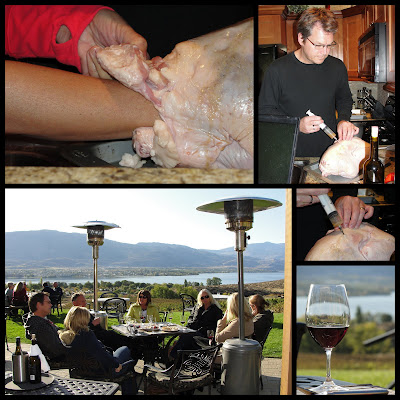 One night we went to the Blasted Church vineyard for live music, wine and lots of fun. 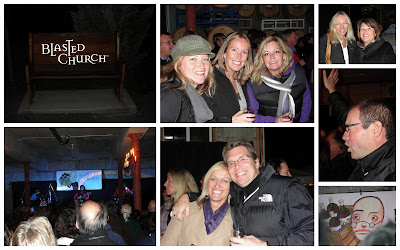 If you know me at all, you know that I've got a fear of water, but I overcame it yet again and went out kayaking. It was GREAT! 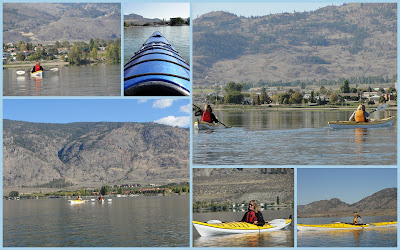 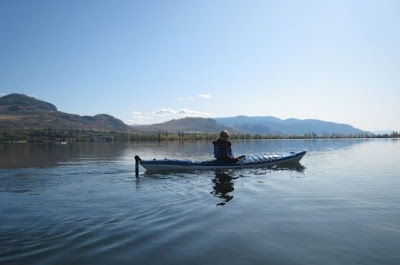 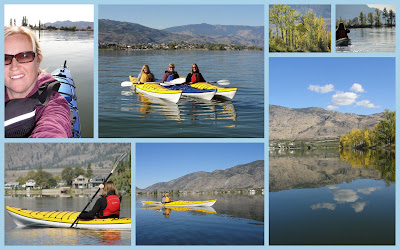 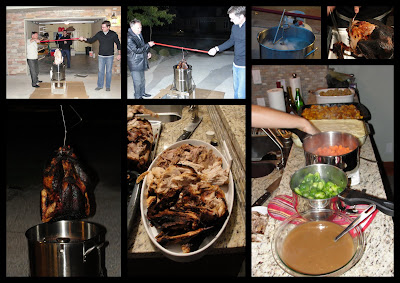 It was a wonderful weekend away. Thanks for the invite, Norm & Lori. Can't wait until next time. Hint, hint. ;)
Posted by Fiona at 9:34 PM 4 comments:
Newer Posts Older Posts Home
Subscribe to: Posts (Atom)