Isn't doing something for the first time great? Ok, most of the time it's great. It means you're experiencing something new and while it may not always turn out to be a pleasant experience, at least now you know, right? :)

Well, last night I had another first. I'm now a model ... ok, I should say "model" because I'm sure when you think of a model, you think of something like this ... 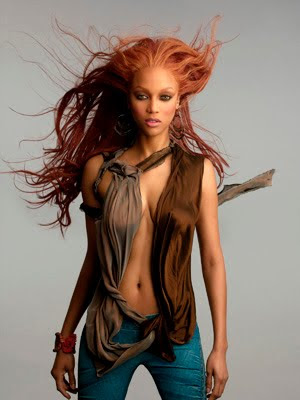 And that was not my experience. My experience was to sit exactly like this: 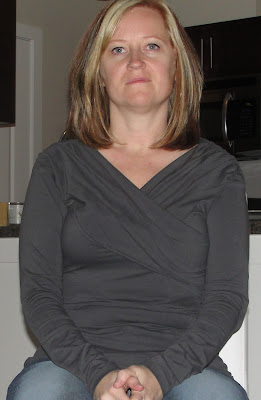 for almost 2 hours while students at UFV painted me on their canvas. The instructor told me to pick a point on the wall to stare at and meditate ... so, I prayed. I actually prayed for each one of you (well, the ones that I know read my blog on a regular basis) and of course, my family and I would LOVE to say the time flew by. In the first 15 minutes I thought, "This is easy! I can do this no problem!" Then, I got an itch. Did you know that when you can't scratch an itch, it gets that much worse? I made it a game within myself to withstand the itch. No scratching! It was hard. The instructor would come back into the class every 20 minutes or so to give pointers to this beginner class so that was interesting to listen to and wonder what they were painting and how they saw me. At one point, maybe 35 minutes in, I went a bit squirrely. My eyes started twitching and I wondered if I'd be able to hold the pose. I was happy that I was sitting, but sitting completely still is hard! Luckily, since they were a beginner class, she told them they only had to paint from my shoulders or torso up, so I started tapping my toes to the music ever so slightly so I could feel that I was "moving." There were times where I was thinking about something completely outside of the class and I actually zoned out for a bit, which was great because I wasn't thinking about the fact that I couldn't move. Then all of a sudden the teacher came back in and said, "Half an hour before clean up," which shocked me. Only half an hour left? Then 15 minutes left and then ... with only 5 minutes left, I was again pretty zoned out and forgot about my test to NOT itch and it was too late. I had scratched an itch. Errr! Oh well. No big deal ... and then I was done! That wasn't so bad at all. She thanked me and told me to feel free to walk around and take a look, "but remember," she said, "they're beginners." Hmmm, was she preparing me for something bad? Well, I must say that they did a million times better than I could EVER do, however, do I really look THAT old??? I thought I had a smirk on my face, but it must look like a frown because I looked old and angry in most of the pictures. Mind you, they were all about 21, so I AM old to them! haha! Well, that was "good" to see. I asked her if I could bring my camera next time and she said, "Sure." Hopefully I'll remember and be able to show you all their interpretations of me. I had to take the above picture so I remember what I was wearing and how my hair looked because ... well, I'm old, remember and I might forget. ;)

Why was I doing this, you may ask? Well, unfortunately, I need the money. I really thought I had budgeted pretty well since I bought my place, but apparently, I was wrong. I charged a few big items to my credit card that I thought I'd be able to pay off really quickly and it's kind of stuck at a certain place. It's not huge compared to some people's debt, but I'm used to paying off my credit card every month, so I don't like it being where it is. I've taken on 3 extra jobs besides my full time job to help out, but I'm not getting as many hours as I was hoping I would. My next thought was to take in a roommate. As much as I love my own space, it would be fast money. I asked my cousin because I'm comfortable with her and I knew she was going to get married soon (like, I was thinking by the end of the year), so it would only be for a few months. She said no because she actually got engaged the next weekend and will be getting married at the end of April and didn't want to move again. Completely understandable. The day after she said no, my friend called me and said someone had approached her about a Japanese girl that was living in Abbotsford and working at CBC and things hadn't worked out with her current homestay and she needed a place to stay until May. Perfect! She came over and we met and she was the sweetest little thing. I instantly liked her and knew she'd be a great roommate. I cleared out the spare room and moved a bed in there (thanks to Jon and Jennie for lending me said bed) and got it all ready for her. Unfortunately, she decided to take another home closer to her work. Again, understandable as she only has a bike and didn't want to be riding home from work late at night. So, I wait and trust that God has some other way for me to pay off this debt. I'm trying to be as open as possible and to hear His voice when He nudges me (or anyone else) and gives ideas. I'm not worried. I'm not embarrassed. I got myself into this and I know I will learn from it and get through it. God is faithful and trustworthy, so what's there to worry about, right? :)

It'll all work out...you're right about that. God takes care of us and that's nothing to worry about!

I always knew you had supermodel potential. :) Seriously though, I don't know how you could have sat still all that time. I would have gone crazy. I hope they paid you good money for that! I really wish I could have seen the finished paintings. Definitely take your camera next time.

I totally know what you're going through with your debt situation. We're in the same boat. I'm trying to trust God to take care of the situation but I'm just itching to help him out with that. But I know he'll provide for all of us in his own way and in his own time.

Ok...so now we know what it means to be draped :) I don't think I could've sat that still for that long. Yikes! I would like to see Cam try to model like that...he would be cracking jokes the whole time.

We'll be praying for you that everything works out financially. You are right that God is faithful and trustworthy.

Thanks ladies. Yes, "draped" luckily didn't mean me in my skivvy's with only a sheet draped over me! When she told me, "jeans and a t-shirt" I almost wore what Tyra had on, but I changed at the last minute so I wouldn't be cold. ;)

That's impressive! I don't know if I could have sat still that long!