This weekend I went with my girlfriends down to Seattle for the Jeremy Camp concert and of course to do a little shopping as well. 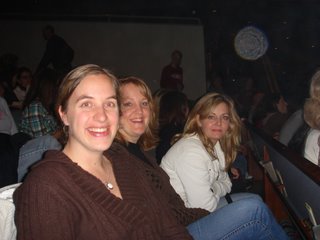 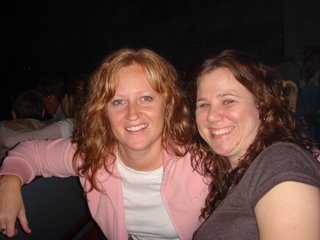 The concert was sooooo great. It was better than I thought it would be and much more worshipful (if that's a word) than I thought as well, which was great. I cried twice. Crazy! I could totally sense God there and when he sang the songs from his worship album, you kind of forgot you were at a concert. It seemed like a worship evening at church. Very cool. He talked a lot too, which was great. He seemed very genuine in his love for God and he talked openly about his stuggles too, so he seemed like any normal person. He brought out his wife and daughters and ok, that was very attractive. Not that I was coveting another woman's husband (ok, maybe a little) but mostly because it was so amazing how cute he got with his daughters and you could just see how much he loved them. I know I've said before that I don't know if I want to have kids, but seeing a guy act like that about his family made me think twice about it. Anyways, enough talking, here are some pictures. 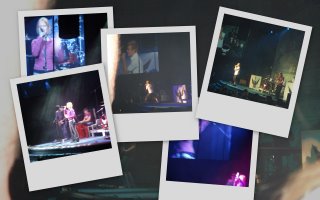 His wife opened first and sang about 5 songs. She has a beautiful voice. Then a Canadian band named Hawk Nelson played. They were very fun. Kind of a mix between Blink 182, Green Day and Good Charlotte. Very skater boy type. A lot of the younger crowd (yes, I'm officially old) seemed to know their music, so they seem to be doing ok. Go Canada! Jennie bought their CD for her son, so we'll have to give it a listen. Man, I'm really sounding old! :) 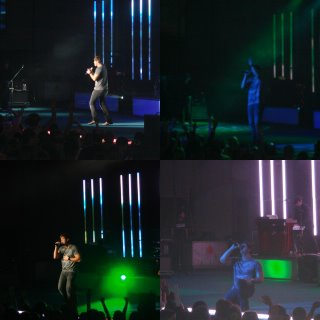 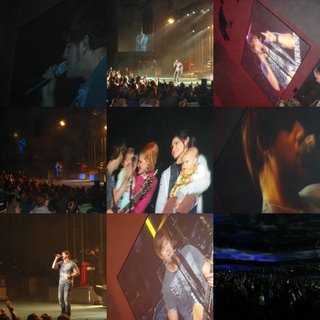 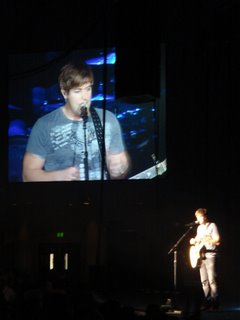 Photo Sharing - Upload Video - Video Sharing - Share Photos
He ended the concert by bringing out his wife and playing a few songs with her. It was great. They make beautiful music together. It was an amazing concert. Thanks Jeremy! :) Listen to the words of this last song. "You can have all this world, but give me Jesus!" 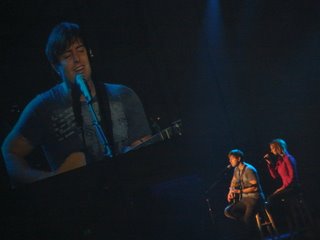 It was a totally great concert...thanks for the surprise, Fion! You are an amazing friend! Love you!!!

Hey Fiona! I just checked out your blog! I might just come and stalk you back! :) Looks like you had a great weekend and I can't believe you are going to see U2 in Hawaii!!! We went when they came to Vancouver and it was THE BEST concert ever. You won't be disappointed. And it's in Hawaii! Can't get much better than that.
You are welcome to stop by my blog any time. Nice to hear from you!