Wow. Another year gone and I'm still so very behind on my blog. I'm going to attempt to catch up somewhat today. It's January 1, 2009 and I'm snowed in. I should be out shovelling but I'd rather be inside where it's warm. At least my new little car is safely in the garage. Oops, I'm getting ahead of myself. Let's finish off the trip from this summer, shall we?

After Israel we made a stop in Cyprus. We did get off the ship and went to the beach that day, but none of us took any pictures. Weird. I guess we just needed a down day and lazed on the beach. I think it was about at this point (halfway through the cruise) that we realized our port hole opened. :) I think these pics below were taken while docked in Cyprus, so you could say we did take a few pics. 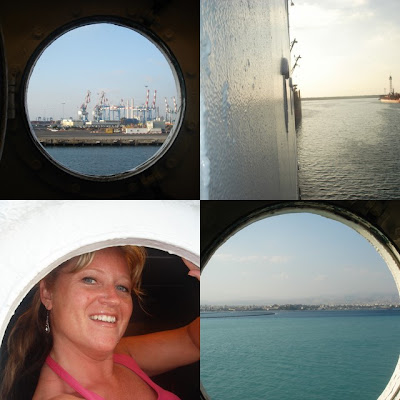 Oh, and we watched the tugboat take us out of port in Cyprus, so here's another pic. Lucky that line didn't snap, hey? I would've been sawed in two! 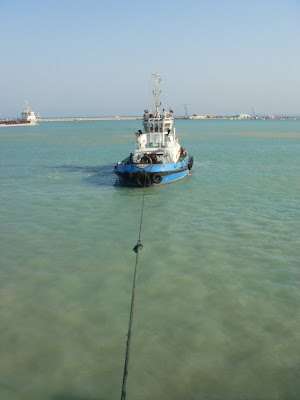 Here are a few pics of our friends we made on the ship. Mark & Hala had their anniversary on the ship. Brent & Mimi were wonderful people as well. All dressed up for formal night and then the last pic is us with our wonderful Trafalgar Tour guides, Jerome and Ryan. 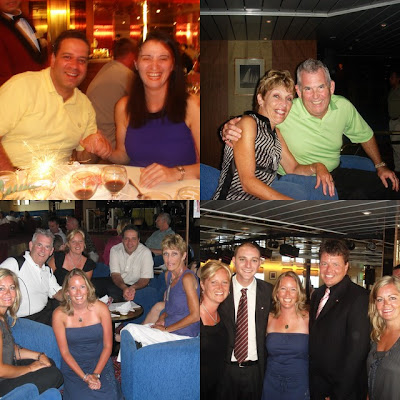 Next stop, Antalya, Turkey! We were only here for a few hours and did some shopping and site seeing. Turkey was much more beautiful than I thought it would be. 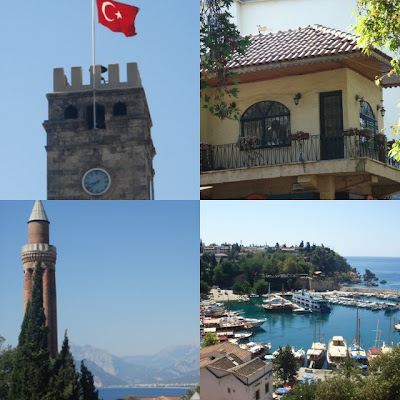 Then our ship went to Santorini. Since we had already been there, all 3 of us stayed on the ship and enjoyed the empty deck. I had the start of a cold the night before so was glad this was the day to be sick. Slept it off in my room and on the deck. 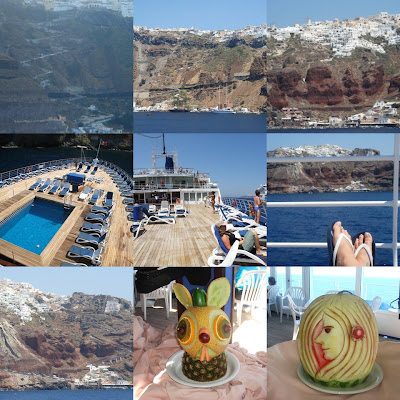 I was lucky that my cold didn't come full on and I was ready that afternoon for our next stop ... Mykonos! It was SO incredibly windy that we almost didn't get to stop there. We bobbed around for about an hour waiting for them to decide if they should let us tender in. When they decided that yes, we could do it, they made an announcement that said, "Please be extremely, extremely careful getting onto the tender boats as it is dangerously windy." Thanks for the encouragement. Why are we allowed to go if it's that windy? Here were the tiny boats coming to take us to shore. 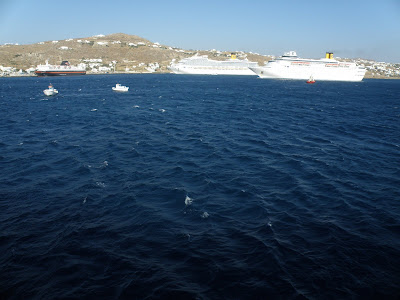 Don't they look like toy boats in a bathtub? Crazy! Well, we were extremely, extremely careful and we made it into Mykonos. 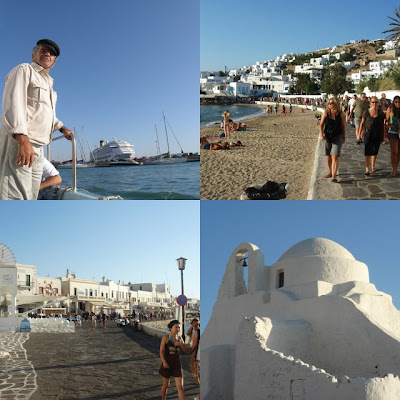 I'm so glad we went. It was very beautiful. I was a bit sad we only had a few hours here. Oh well, maybe one day I'll go back for a longer visit. :) 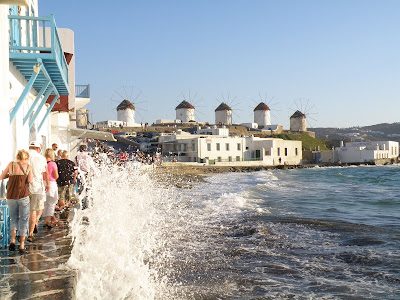 Here we are on our walking tour of the Island. Jerome would stop and tell us stories every now and then and after about an hour we were on our own to explore. 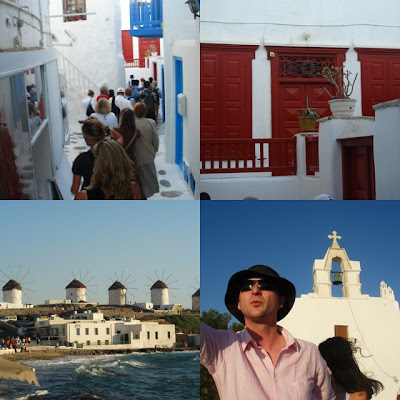 Jerome told us that the end of Bourne Identity was filmed at this spot below (when he finds her again and she's renting out scooters and he's in his yummy white linen shirt). He said that after the movie wrapped up filming, Zorba's hadn't been open since. I guess they made a fair bit of money and took off. 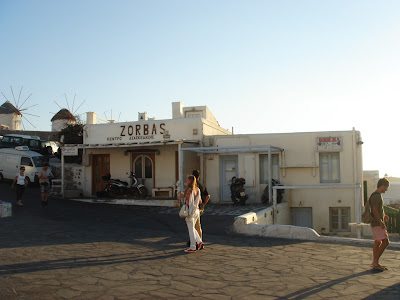 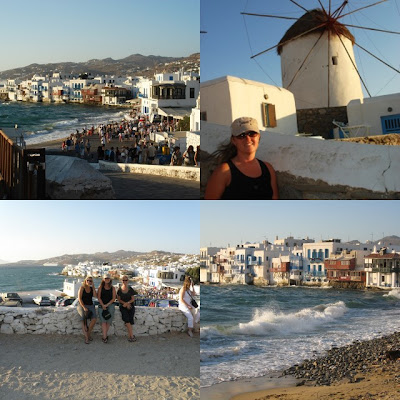 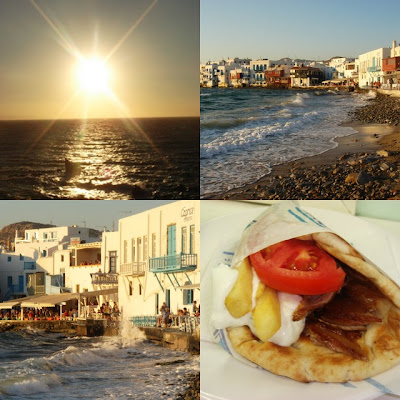 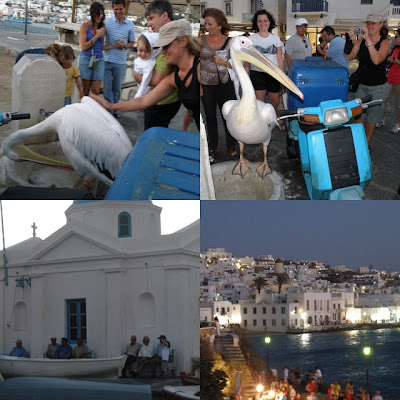 After Mykonos we headed back to Athens and our cruise was over. It was expensive and the ship was quite small, but I'm glad we did it. It had a great itinerary and we met some very nice people along the way.
Posted by Fiona at 12:41 PM